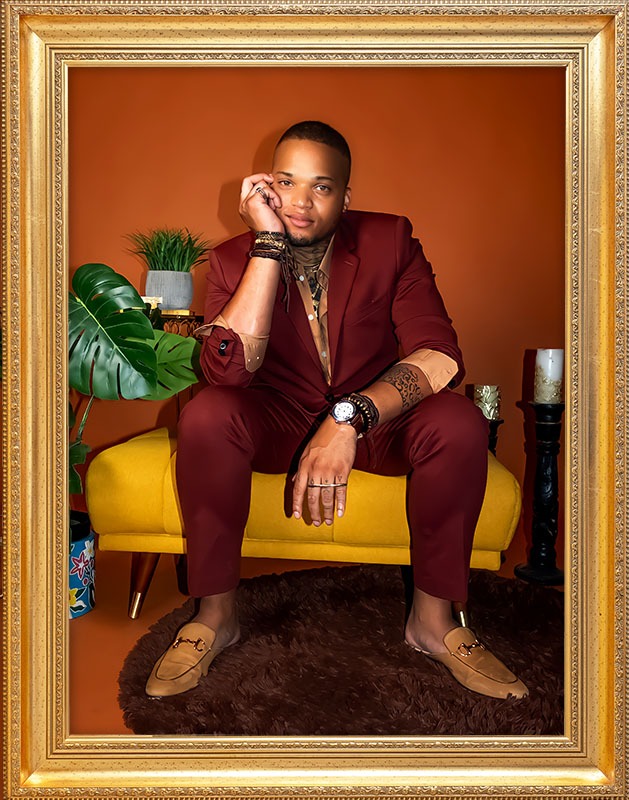 Cool, Calm, Collected, and Hilarious! Victor Le’Yon is truly the nation’s most refreshing and mystifying act yet. Based out of Kansas City, MO, Victor performs nationwide blending their skills as a magician, a mentalist, a hypnotist, and comedian – into shows and programs that have received five-star reviews from colleges and corporations like Google, TedX, Hallmark, University of TX, and more!

Today, with over a decade’s worth of experience with top colleges, Fortune 500 companies, and prestigious venues around the nation, Victor brings fashion, wit, and their charming personality to any event in hysterical and mind-blowing presentations. An expert in human interaction, Victor not only creates magic and hypnotic trances only a weekly basis, but also demonstrates direct mind reading, physic abilities, telekinesis, dangerous stunts, and more to audiences across the country throughout the year!

Frequently Known as The Avant-Garde Mentalist because of how they creatively and expertly mix many various mystical arts into their presentations, Victor Le’Yon is taking the entertainment industry by storm…. and with style! 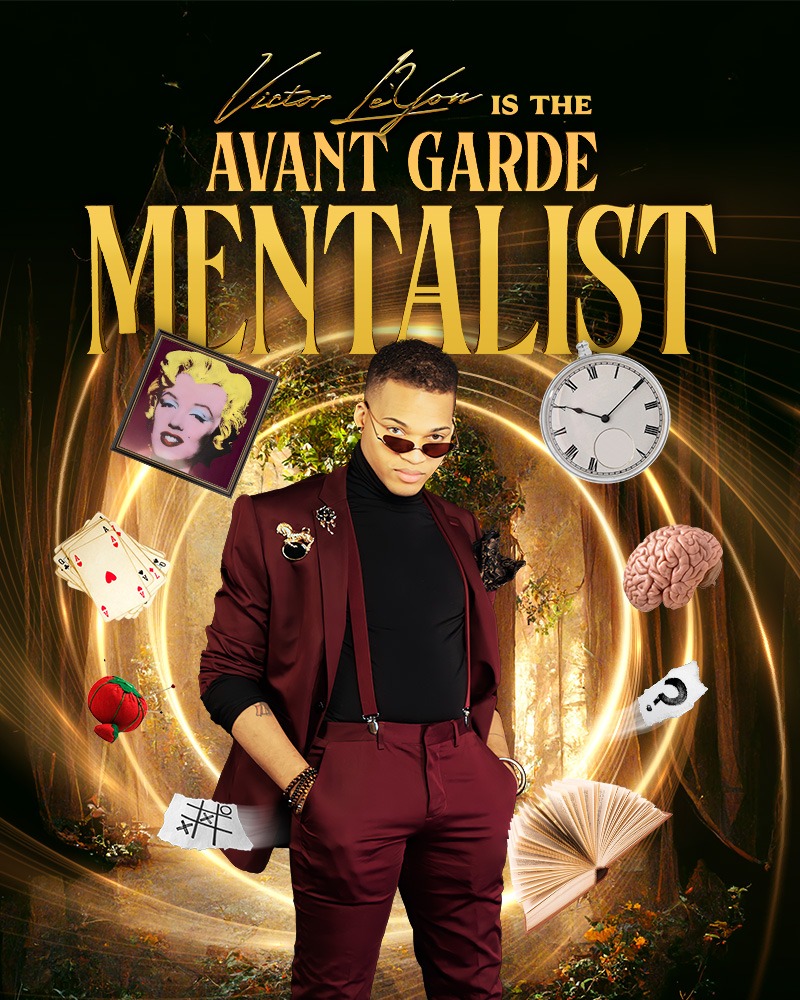 Impossible... Is just a word!

Danger, Humor, Suspense, Drama, Art, and Miracles–Victor Le'Yon arranges all this and more in a highly interactive and mystifying performance. This show is not for the faint of heart and will leave a lasting impression on every single audience member for the rest of their lives – it's an experience your guests will never forget.

Guests become the stars of the show when volunteers are put in a hypnotic trance leading to new languages, new dances, new personalities, and more! Safe and hilarious, the Comedy Hypnosis show is a surefire hit!

Want to spice it up? You can also book the nation's leading Drag Queen Hypnotist here!

I have always been a fan of magic and I absolutely love the style and sophistication that comes with Victor. He’s an amazing person and the level of professionalism he has for his craft is amazing. I recommend him for any event you need him for.

Omg!!!! So amazing and such an amazing human being!! So much love

Victor is an amazing performer and an amazing human being. He’s charming, witty, classy and versatile – the ultimate professional. I love the way he combines magic with comedy to keep audience members of all ages delighted.

This guy is the whole package: charming, professional, and serious about his craft! Anytime he isn’t doing shows for any audience from corporate to family events, he is engaged in professional development and brainstorming new ways to push the envelope. KC needs a magician like this. In the Midwest he is one of the few magicians who is not only impressive but likeable.

Best Magician in the Midwest!

Best Magican in the Midwest! Hands down! The kid is AMAZINGLY Talented….

If you haven’t seen in person then, you’re missing out.

A Pleasure to Work With

Always a pleasure to work with. Professional, great communication, and top notch entertainment.

Visited from Texas and went to a birthday where he performed and was super funny! Great show! Great magic! Great personality! 10/10 would recommend!

Mentalism is similar to magic. It's an interactive and mystical experience. Whereas magic uses sleight of hand and optical illusions, mentalism uses the human mind. Mind reading is the most common skill for mentalists but psychic abilities, telekinesis, hypnosis, and more are all often used as well.
The techniques used in Victor's mentalism shows are mostly theatrical and fictional in nature.
100% real. In fact many government agencies and therapeutic practices use hypnosis every day. Victor uses hypnosis to create comedy and strange phenomena in his shows.
For the most part, no. Due to the intense psychological nature of their acts, children or audiences geared towards children won't be able to fully appreciate Victor's show - but they may still enjoy some parts of it.
Victor provides everything needed for most of their shows including sound and lighting if needed. Clients must provide chairs for hypnosis shows. Sound, lighting, and staffing are required for theatrical variations of Victor's show. Inquire with Victor about your event for all set up requirements, as what is required depends upon each show/package.
Victor is available to travel in all 50+ US states and territories as well as globally. Victor strives to remain fully vaccinated and healthy to do so.
Unless they are told otherwise, all of Victor's shows are clean and professional!
Yes. Victor requires a 50% deposit for all events unless contracted otherwise. 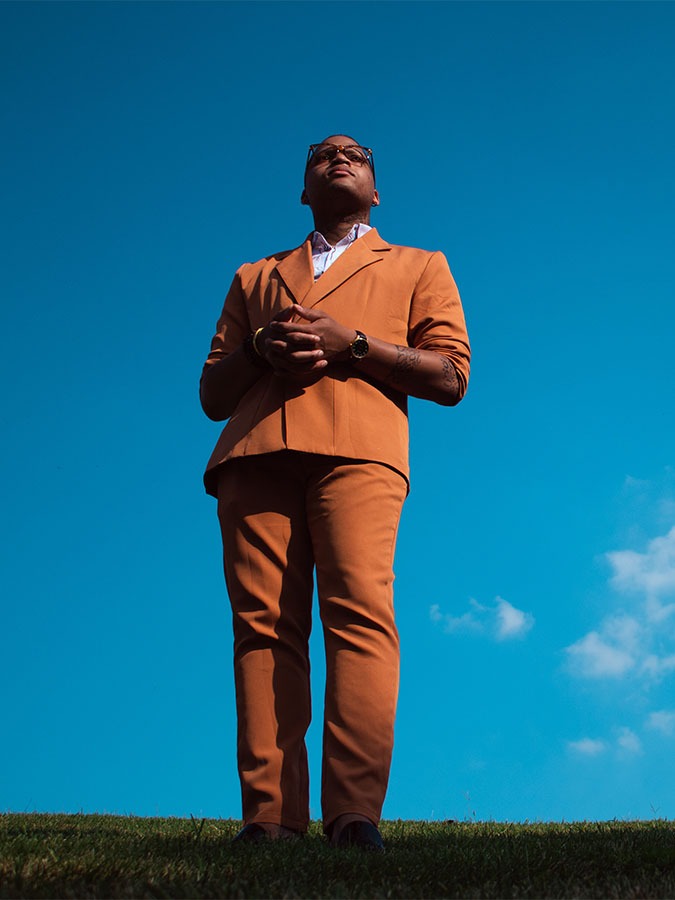 Let's create the the impossible together!

Inquire about your next event today 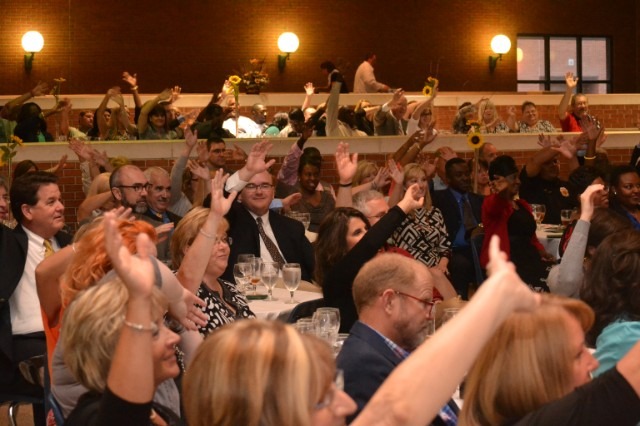